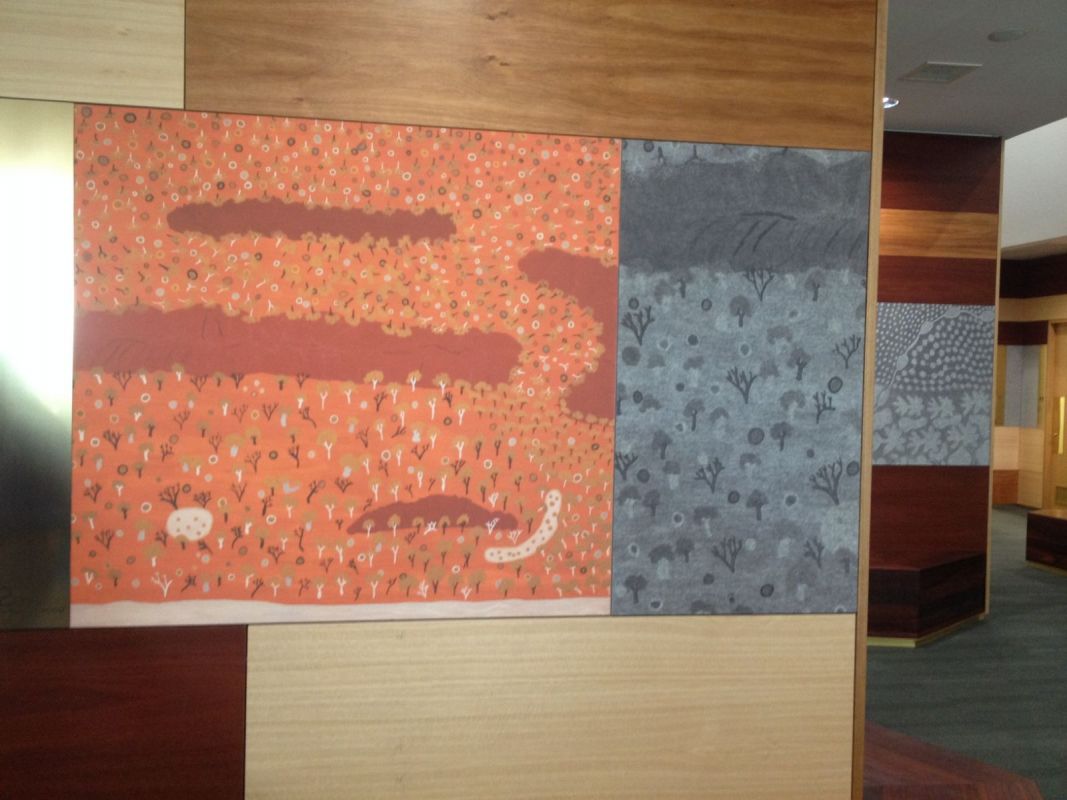 Artists from Waringarri Aboriginal Arts Centre were specially commissioned to supply artworks and design features for the much awaited Kununurra Courthouse.

Opened in October 2014, the new Kununurra Courthouse is an impressive structure incorporating contemporary design, state of the art technology and creative innovation. Premier Colin Barnett officially opened the building on 26th October 2014 and Waringarri artists and their families were delighted to attend.

Artists from Waringarri Aboriginal Arts Centre were specially commissioned to supply artworks and design features for the new Courthouse project.

To the artists involved, the project inspired reflection about teaching and the importance of sharing knowledge about country. The artists decided on a collaborative approach to incorporate family so that the elders of each family group could impart knowledge to their children and grandchildren during the painting process. The families who produced the collaborative “Family Boards” included the Griffiths, Ningarmara, Mengil, and Malarvie’s from the Miriwoong and Djaru language groups.

There are many architectural features of the Courthouse to celebrate and none more so than within the building itself.  The creativity and talent of the Waringarri artists can be seen repeatedly featured throughout the building.

Behind the Registry counter and in the mediation and consultancy rooms, stunning original artworks adorn the walls.  A number of  artworks have been reproduced to great effect, into sound proof “eco panels” in grey and white and also in colour that line the walls outside the court rooms and in the waiting room areas. Artists include; Agnes Armstrong, Alan Griffiths, Peggy Griffiths, Kittey Malarvie, Louise Malarvie, Judy Mengil, Gloria Mengil, Phyllis Ningarmara, Brenda Ningarmara, Minnie Lumai and Ben Ward.

The impressive foyer includes a large glass atrium which spans the entire height of the building.  Louise Malarvie’s ‘Nyamooli’ or ‘Bush Soap’ design features prominently etched into the glass, which can be viewed at the entrance, staircase and public areas.

A bespoke carved timber handrail positioned at the base of the stairs carved by Bryan Murielle, depicts two intertwined snakes, suggesting reflection on the theme of two systems of law working side by side.

The Waringarri artists and their communities are thrilled at the ongoing acknowledgement and attention they receive as a result of public art projects and their artworks being on display within important buildings in Kununurra. 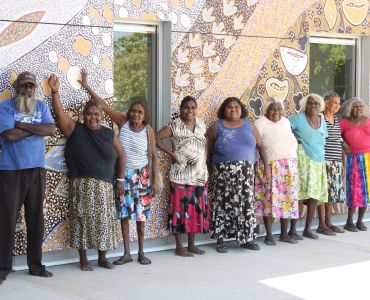 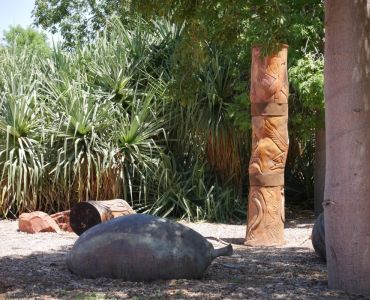 A creative partnership between a Kimberley aboriginal art centre and Artsource, on behalf of Landcorp, provided an exciting and enduring opportunity to reach a wider audience with… 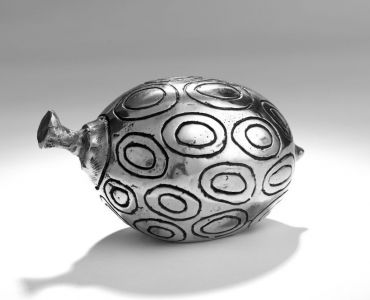 BOAB100 explores the creative partnership between Wesfarmers Arts and Indigenous artists from Warringarri Arts. Showcased are the boab nut carvings, the work of master carvers,…