Kira Kiro or Kirri Kirri are Kwini spiritual figures featured in the rock art galleries around Kalumburu and believed to be painted by the beak of the Sandstone Strike Thrush with blood from the tips of its wings. The name was adopted by important senior artist Mary Punchi Clement known for her intricate depiction of the region’s flora, fauna and associated stories. 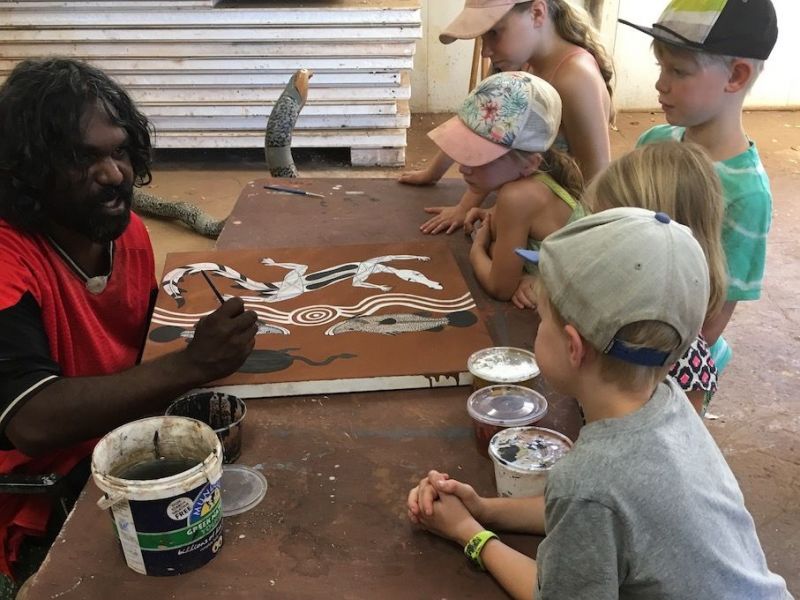 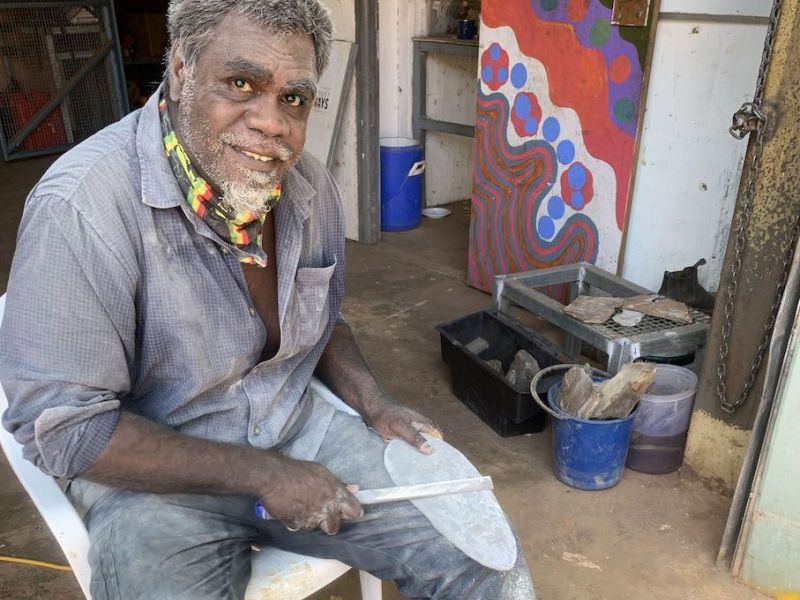 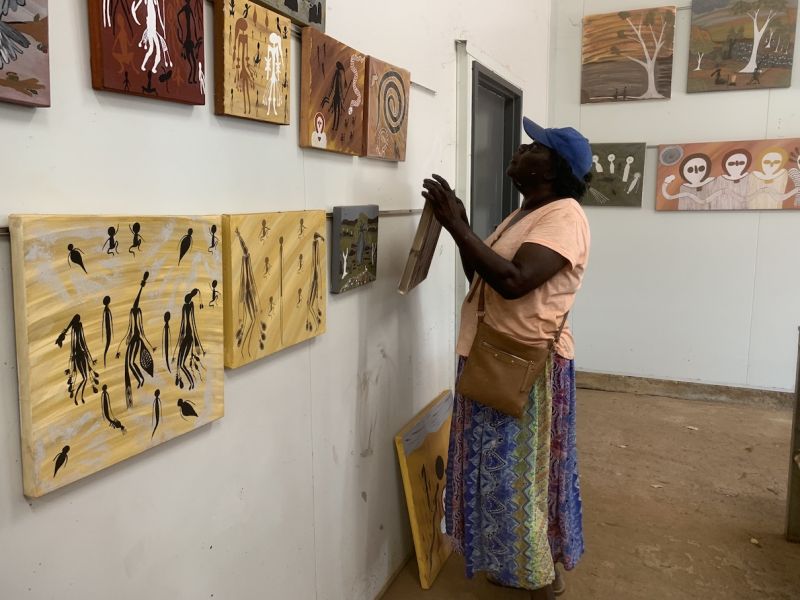 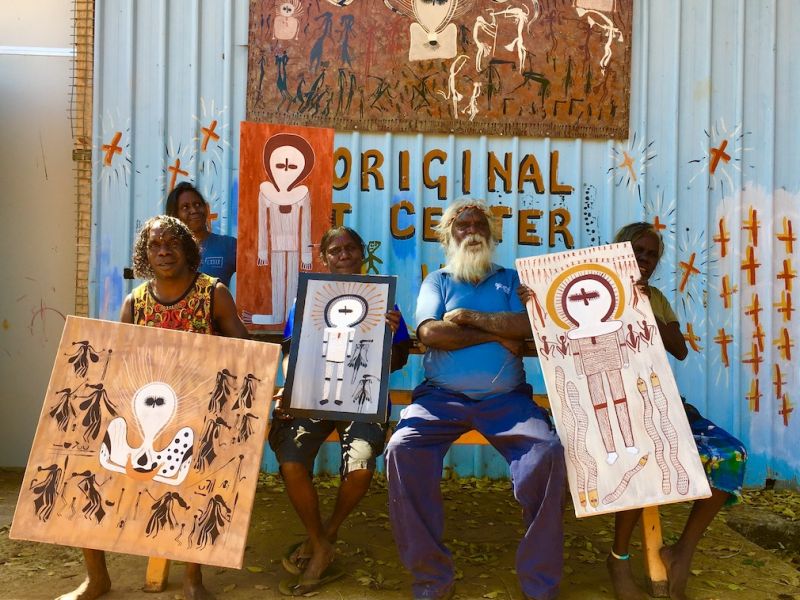 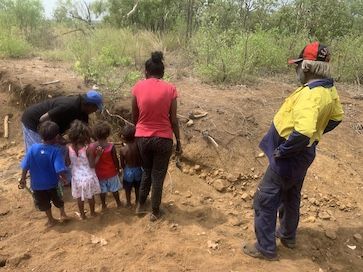 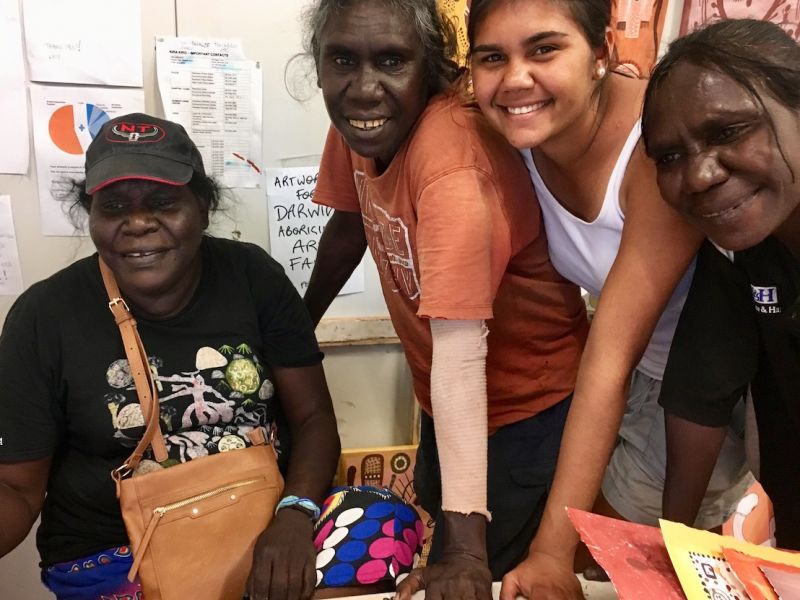 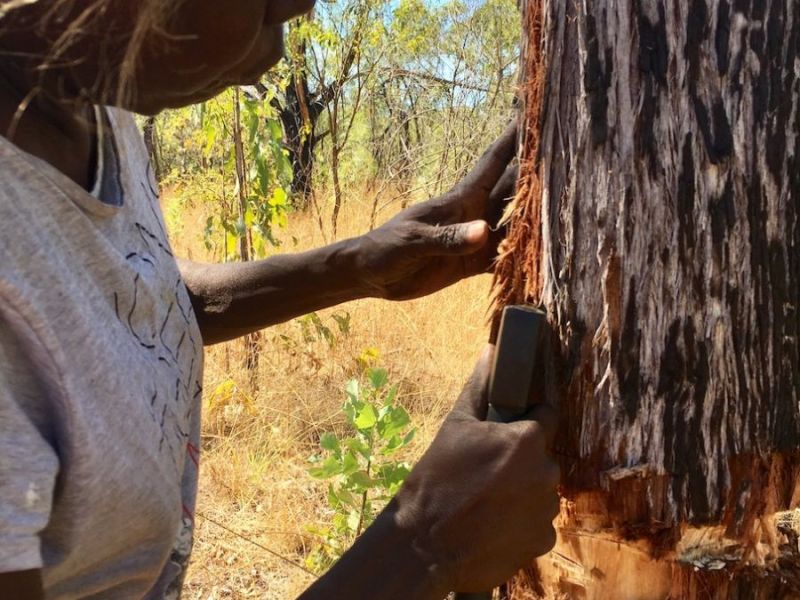 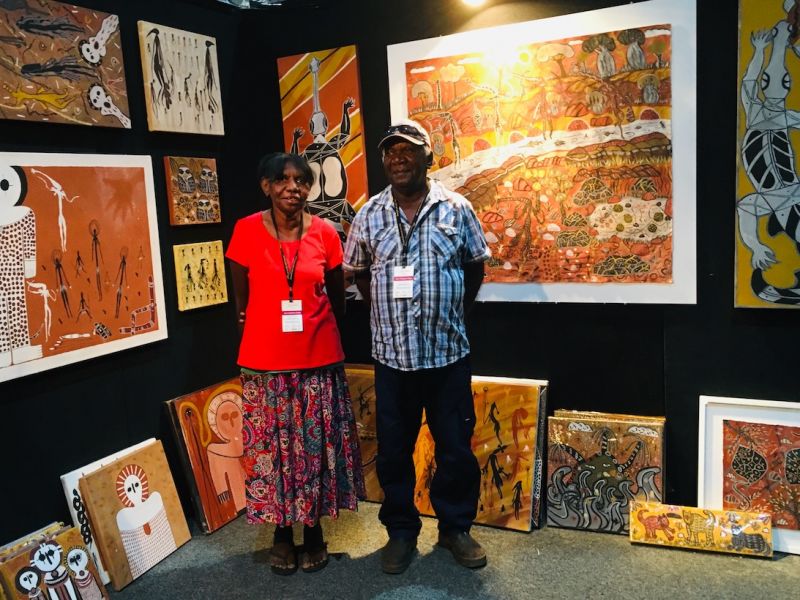 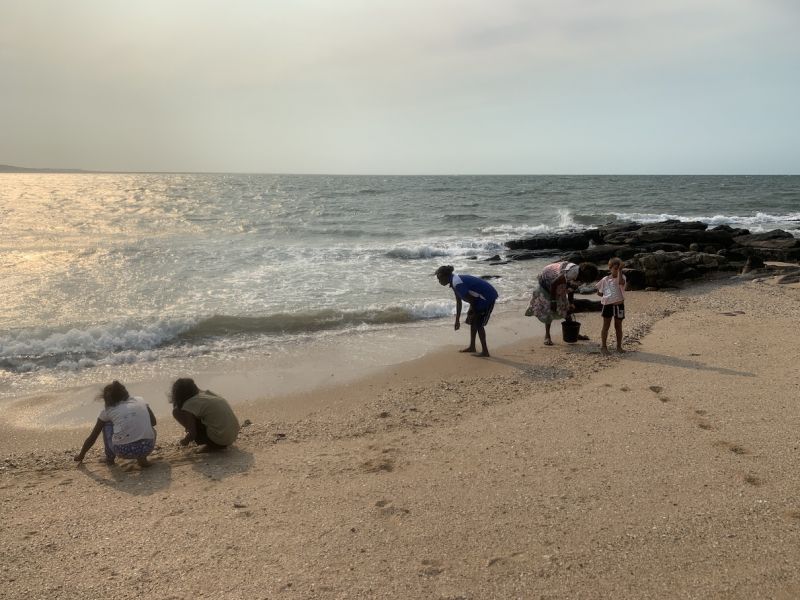 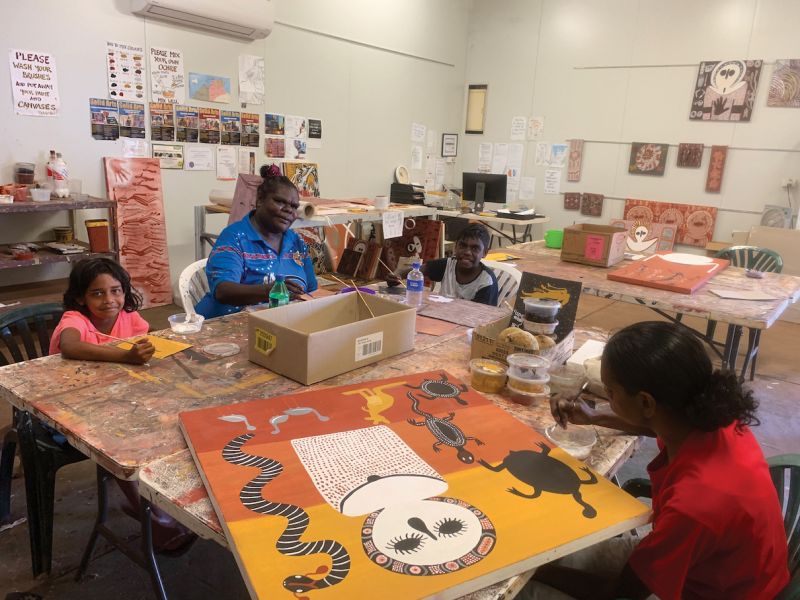 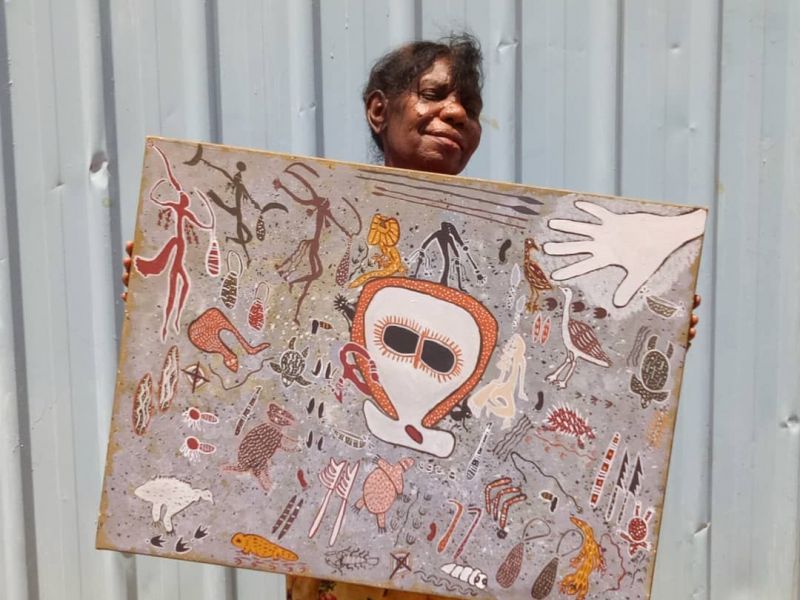 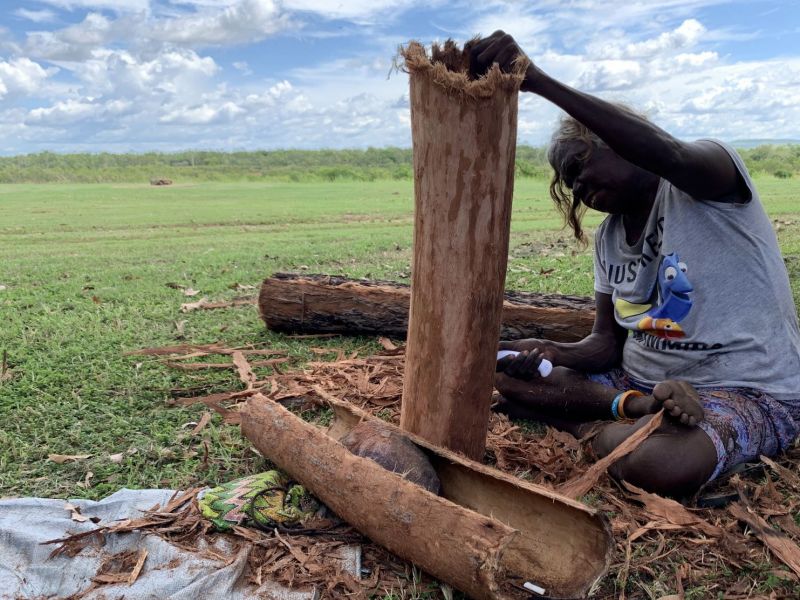 Artistic practice has always played a cultural and economic role in Kalumburu and in 2009 Kira Kiro Artists was established with ongoing assistance from Waringarri Aboriginal Arts. Kira Kiro Artists is managed by both Waringarri Aboriginal Arts and Kalumburu arts workers, providing enterprise opportunities for artists to develop arts practice skills and cultural traditions while promoting ethical sales to collectors and national and international visual art spaces. The art centre places an emphasis on supporting traditional skills such as bark harvesting and painting, the collection of local olmal (white ochre), the production of cultural artefacts and storytelling through contemporary works.

Art practice is grounded in the rock art tradition, in particular the Wandjina or “rain maker” and Kira Kiro or Gwion Gwion figures, the helpers of the Wandjina.  Contemporary practice including secular themes of land animals, sea-life and seasonal flora, focusing on bush foods and medicinal plant knowledge. Artists paint with natural ochre pigments on canvas, papers and bark and are skilled boab nut engravers.

Senior Artist Betty Bundamurra has worked at Kira Kiro Arts since its inception and was selected for the Art Gallery of Western Australia’s Desert River Sea Visual Arts Leadership program. Betty was born at Karunji station where her father was a stockman, and at the age of three, was brought to the Kalumburu Mission Convent. Betty continues to encourage the continuation of local knowledge and cultural heritage for the generations that follow. Angelina Karadada Boona is also a Senior Artist and arts worker. Her parents Lily and Jack Karadada are significant artists in the Wandjina tradition. Angelina has completed the National Gallery of Australia Wesfarmers Indigenous Leadership Fellowship. Betty and Angelina are both graduates of the ANKA Arts Worker Extension Program.

The art centre has recently undergone a much needed renovation thanks to the support of the Kimberley Development Commission, Department of Prime Minister and Cabinet, and Lotterywest.