Roger Boona was born in Wyndham and has lived in Kalumburu since he was a baby. His languages are Wunambul and Yindjibarndi.

Roger’s grandmother, Lily Karadada, would take him out on Country to collect bark, bush food and tools. She taught him how to paint and to be an artist like her. Her sons also taught Roger carving.

Roger's artwork depicts animals, insects and fresh and salt-water creatures. He is multi-talented; an excellent sketcher and fascinated in Manga. He also carves boab nuts and slate.

Boona's love for art began while at school when his teacher introduced him to comic books for the first time. Roger would borrow (or steal) ancient history books from the library so he could draw the pictures. Roger would draw dragons, warriors, ancient gods and kings on paper.

Roger is developing a strong distinct artistic style which combines the traditional Kalumburu rock designs art with more modern comic and fantasy art. Roger is a natural storyteller and is influenced by the local landscapes and animals. He is always interested in learning more about local stories.

Roger was selected to exhibit at Revealed, Emerging and New Indigenous Artists from Western Australia at Fremantle Arts Centre 2019. 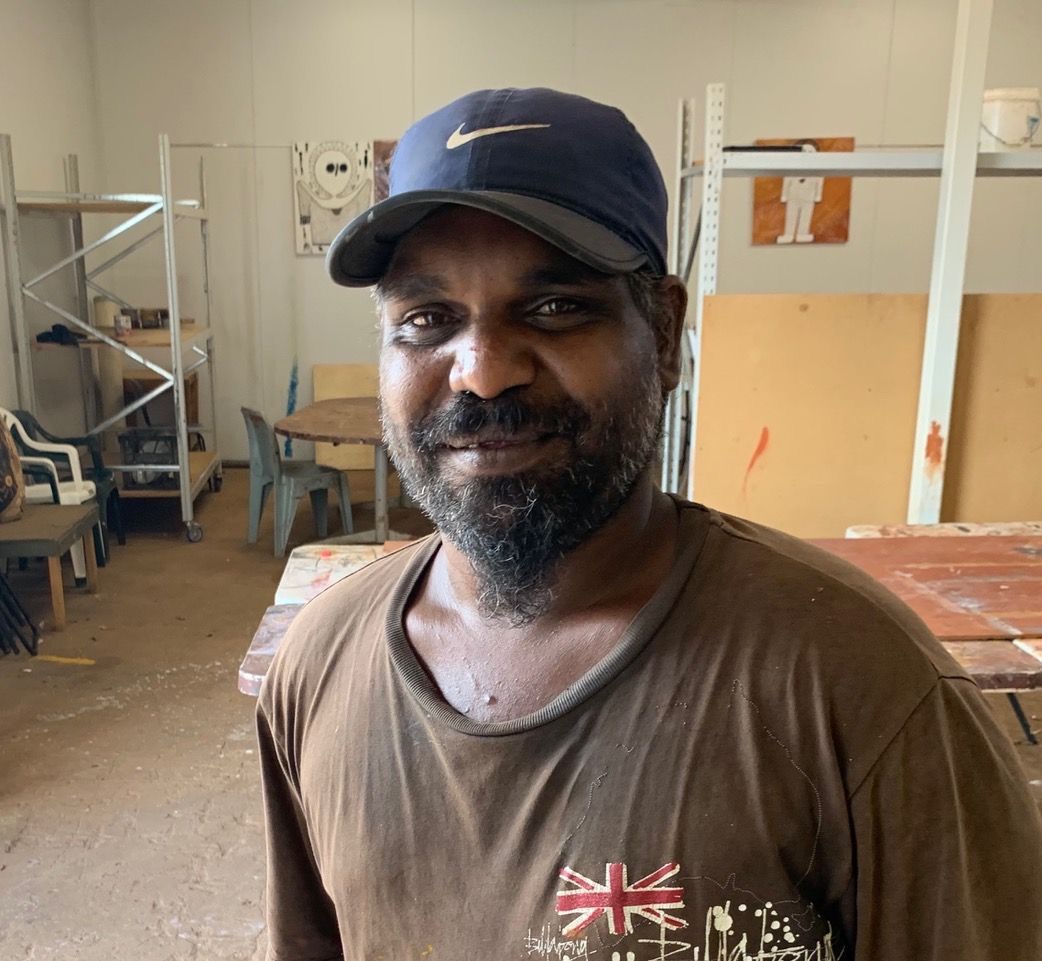