Richard was born in Derby, WA and has Cerebral Palsy. Richard loves painting, since first starting in 2011. After going out bush to collect wood for a Didgeridoo, he tried painting it and that was the moment when Richard realised that he could paint. After that, Richard moved to painting on canvas. He likes painting because it helps him to tell stories.

Richard went to School in Wyndham and when he got older he moved to Kununurra to live with his cousin sister (sister in Aboriginal Law) and started going to the Kununurra TAFE. In 2020 Richard joined Waringarri Arts as a volunteer artist.  Since then, he paints at Waringarri Arts every day he can.  Richard draws on his experience of growing up and living in Kununurra, combining traditional subjects with the everyday.  He is also a massive West Coast Eagle fan and always wear his footy cap. 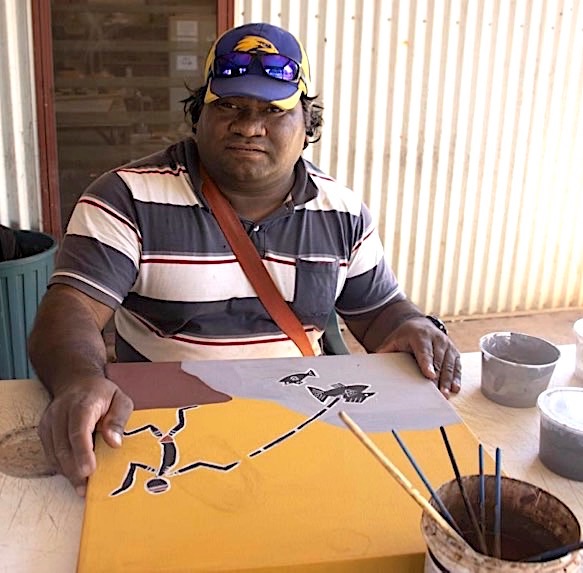 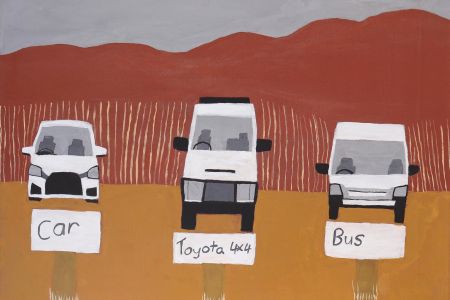 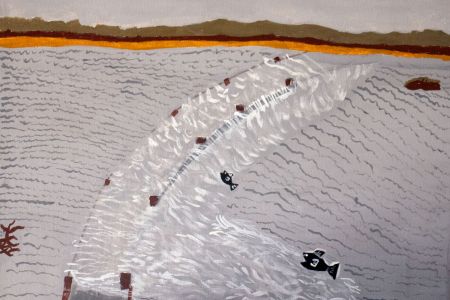 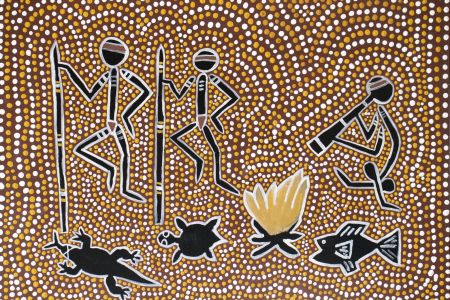