Peggy Griffiths arts practice reflects her strong commitment to her Miriwoong culture.  Her elegant imagery resonates with references to cultural performance of which she is a renowned dancer.  The winding of waterways are the sinuous and graceful body movements of a dancer; the outlining dotting reflects a performer's body painting.  Her works document the traditional country of her mother and grandfather and her recent works capture the movement of wind through the spinifex country which for the artist is evidence that the spirit of culture is alive.

Born on Newry Station to Dinah Dingle and Frank Moore, Peggy lived and learned about her family and bush life. "I grew up on Newry Station and learnt my culture from the old people.  I saw my old people being taken away from the camp with chains around their necks and I was hidden once when Welfare came so that they would not take me away. I learned to dance all the traditional dances and I have taught  all my children and grandchildren these dances.  I went to school at the Kimberley Research School and later at Beagle Bay Mission before I got married at 16 to my promised husband Alan Griffiths. We have been together ever since." Peggy began working with Waringarri Aboriginal Arts in 1985, carving and painting boab nuts and boomerangs. She progressed to painting on canvas and working with limited edition prints.  She is the first indigenous artist to win the prestigious Fremantle Print Award.  Committed to keeping the stories of her grandfather, Charlie Mailman, alive and maintaining her connection to culture Peggy and her husband Alan were often found painting side by side.  They were also key performers and teachers of traditional dance for their community.  Today Peggy is a highly respected senior artist at Waringarri Aboriginal Arts, teaching other artists as well as contributing to leadership of Waringarri Aboriginal Arts in a Director role. Peggy has 5 children, 27 grandchildren and a growing number of great grandchildren. 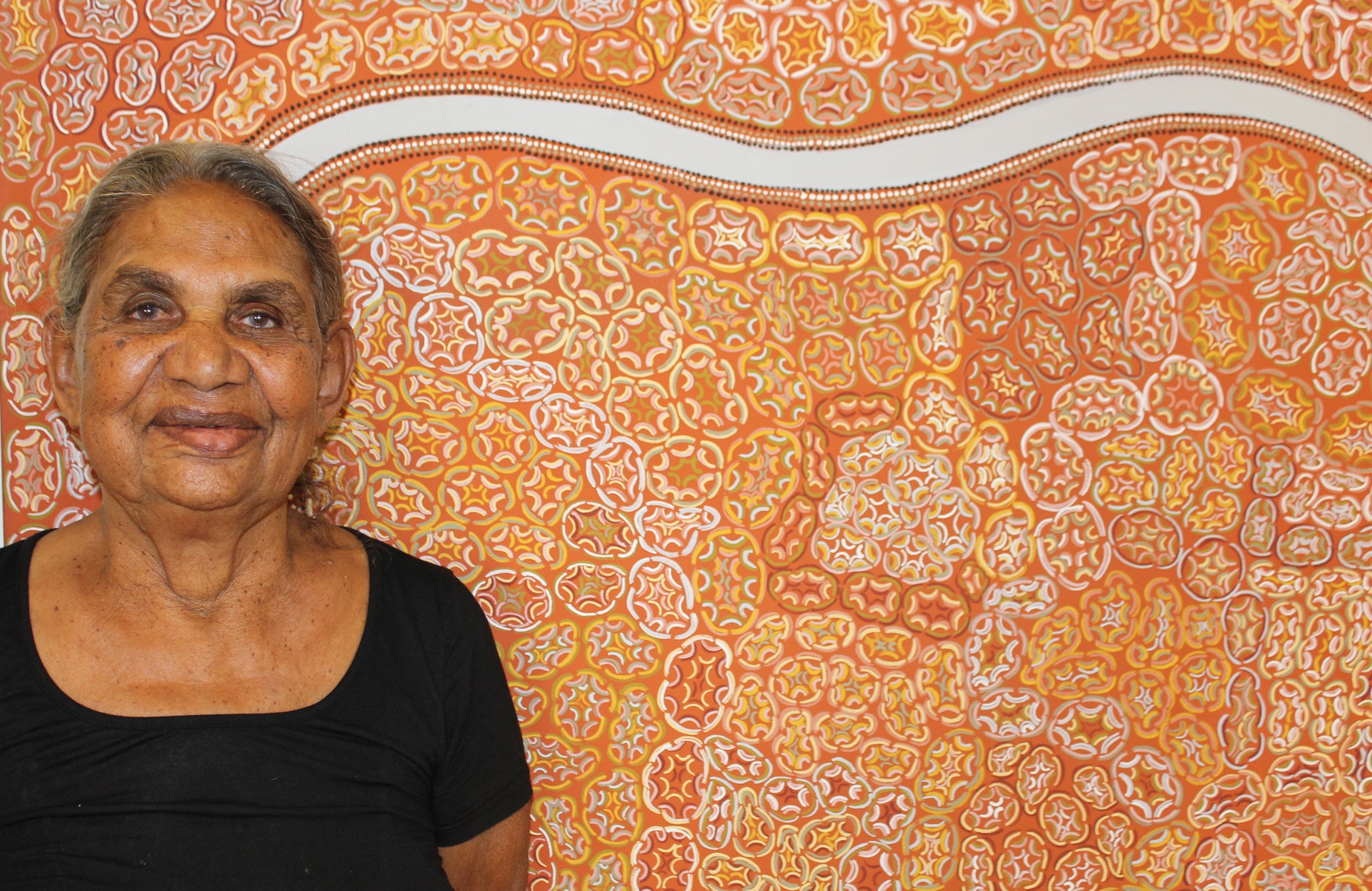 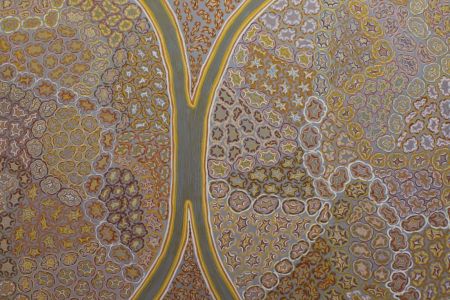 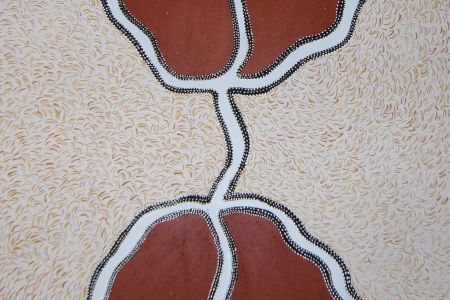 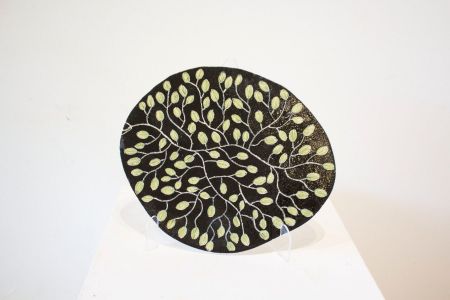