My bush name is Muljay. "My father found me" at Ngarrandhu on the turtle, that’s my totem. He was a policeman tracker who used to bring parents and their kids back to the mission. He found my mother out there (in the bush) and carried her to the mission on horse back with him. They were both married already but they fell in love. I used to work in the convent looking after the sick kids but now I’m a Grandmother and I look after a lot of kids on the community." Mary painted ceremony and events, dancing and hunting as well as botanical themes, not limited to plants on land, but also fresh water and salt water aquatic plants known as food sources for sea creatures, an important part of Kalumburu culture. As a community Elder she held a wealth of knowledge regarding her cultural traditions which is deeply missed.

Mary Punchi Clement passed away in 2016. 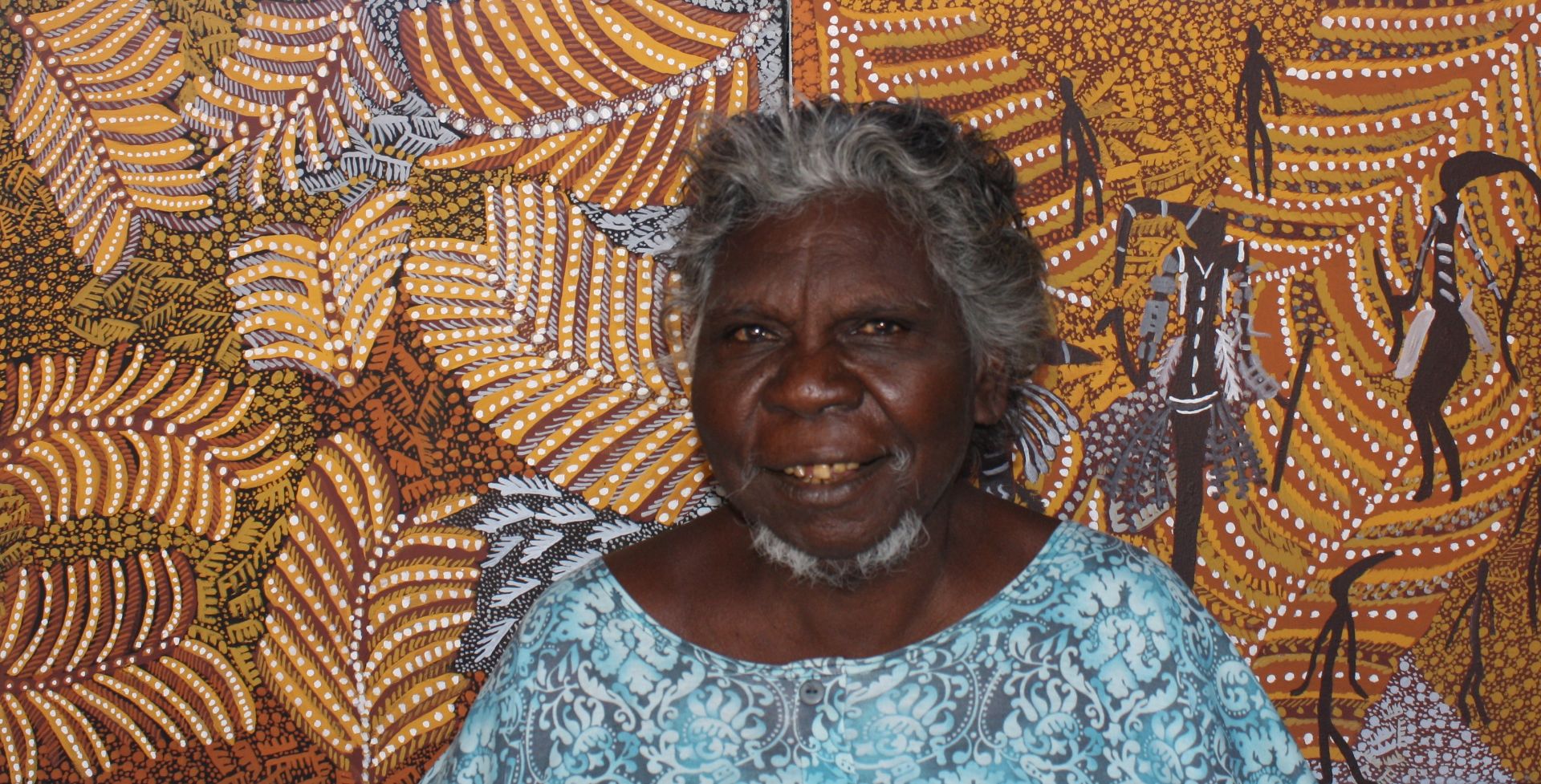 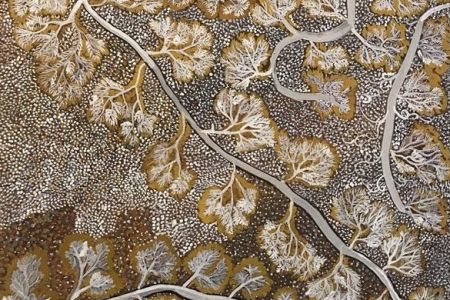 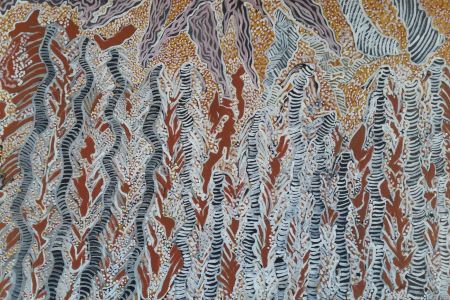 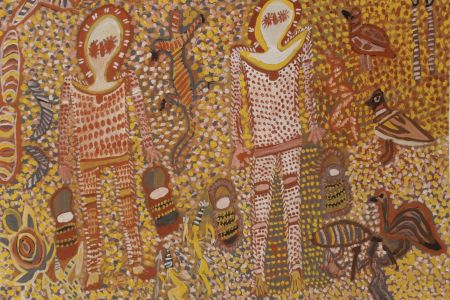