Rich in painterly colour, Judy Mengil’s arts practice alludes to the explanations of natural phenomena, the presence of Dreamings and the creation of geological landforms. The Dreamtime narrative brings to life the creative energies that have shaped the artist's Country and reiterates for her the existence of a living spiritual presence. Judy's images are often dominated by bold colour, strong forms and the vastness of her Kimberley landscape. These themes are balanced with intricate details suggesting moving water, the delicacy of lush and shady waterholes and freshwater springs surrounded by waterlily. Born on Newry Station, Judy grew up learning about station life and mostly worked in the station house kitchen. After Newry Station, her mother and stepfather moved to Carlton Hill Station where her mother worked in the kitchen. Judy watched all the older women working as cooks and making breads. She also lived at Ivanhoe and Argyle Stations. In 1965 her mother died and the Department of Welfare shifted Judy and her sister to Beagle Bay Mission. She returned from the mission in 1971 and settled in Kununurra. Judy has four children and seven grandchildren. She started painting in the mid 1990's although only since 2002, did she make a serious commitment to becoming a "real" artist. Judy painted her mother's Country around Binjin (Bucket Springs) now in the Keep River National Park where she spent much of her time. She also painted the country of Mulligan near Bullo River Station which is her father's Country. Painting these places was her commitment to keeping alive the stories she learnt. Understanding Country and her family relationship to that country was important knowledge that she passed onto her children and grandchildren.
Judy Mengil sadly passed away in 2016. 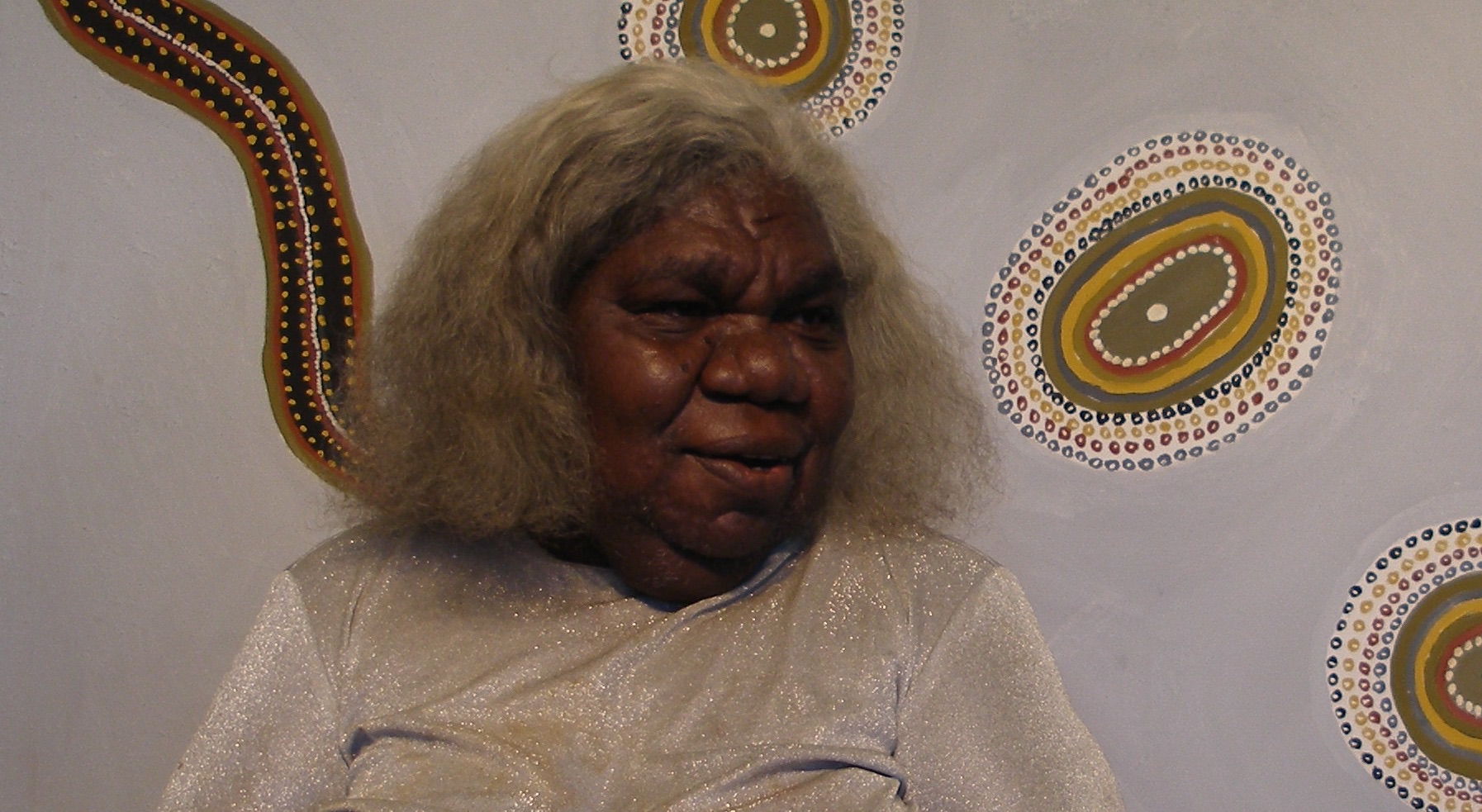 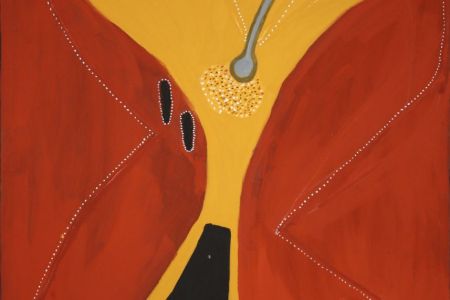 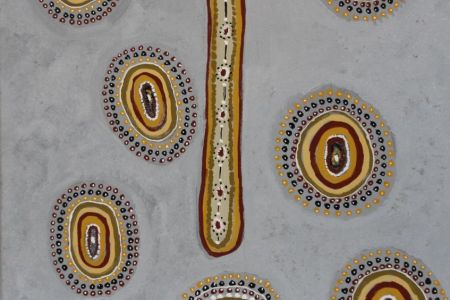 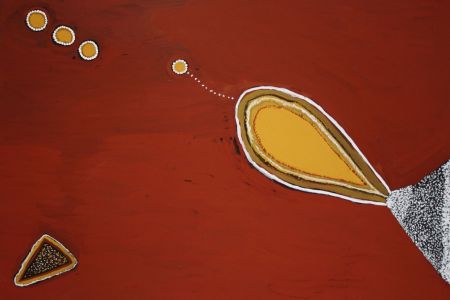