“I was born at Argyle Downs Station at Behn Creek, hence by name in 1949.  My family all worked on the station and we lived there until I was 10.  We walked from Argyle Station to Ivanhoe so I could go to school at the Kimberley Research Station.  My parents and extended family gained work at Ivanhoe Station.  My stepfather, Jeff Chanarma, taught me everything I know. He took me on as his own son.  My real father was a stockman at Argyle Downs Station, he was half Miriwoong and half Afghan and in those days he couldn’t claim me as his own.”

After Ben left school he worked as a mechanic and it was the shop owner’s wife who taught Ben how to paint in watercolour.  In 1964 he worked on Carlton Station mustering cattle then later studied nursing to take a position at the Ord Valley Aboriginal Health Service.

A great speaker, Ben was strongly involved in land rights and community issues.  He worked for the Aboriginal Development Commission and officially opened Waringarri Aboriginal Arts in the 1980s.  It wasn’t until 2011 that Ben began painting regularly and carving at the centre. His painting practice focuses on depicting his country and memories of when he was a young man mustering cattle, from his own unique perspective.  In his latest series, he employs triangular designs of juxtaposed coloured ochre to depict the rivers, mountains and ranges of his country while also commenting on issues that are close to his heart. In 2015 he was the first Indigenous person to win the prestigious John Fries Award for emerging artists. 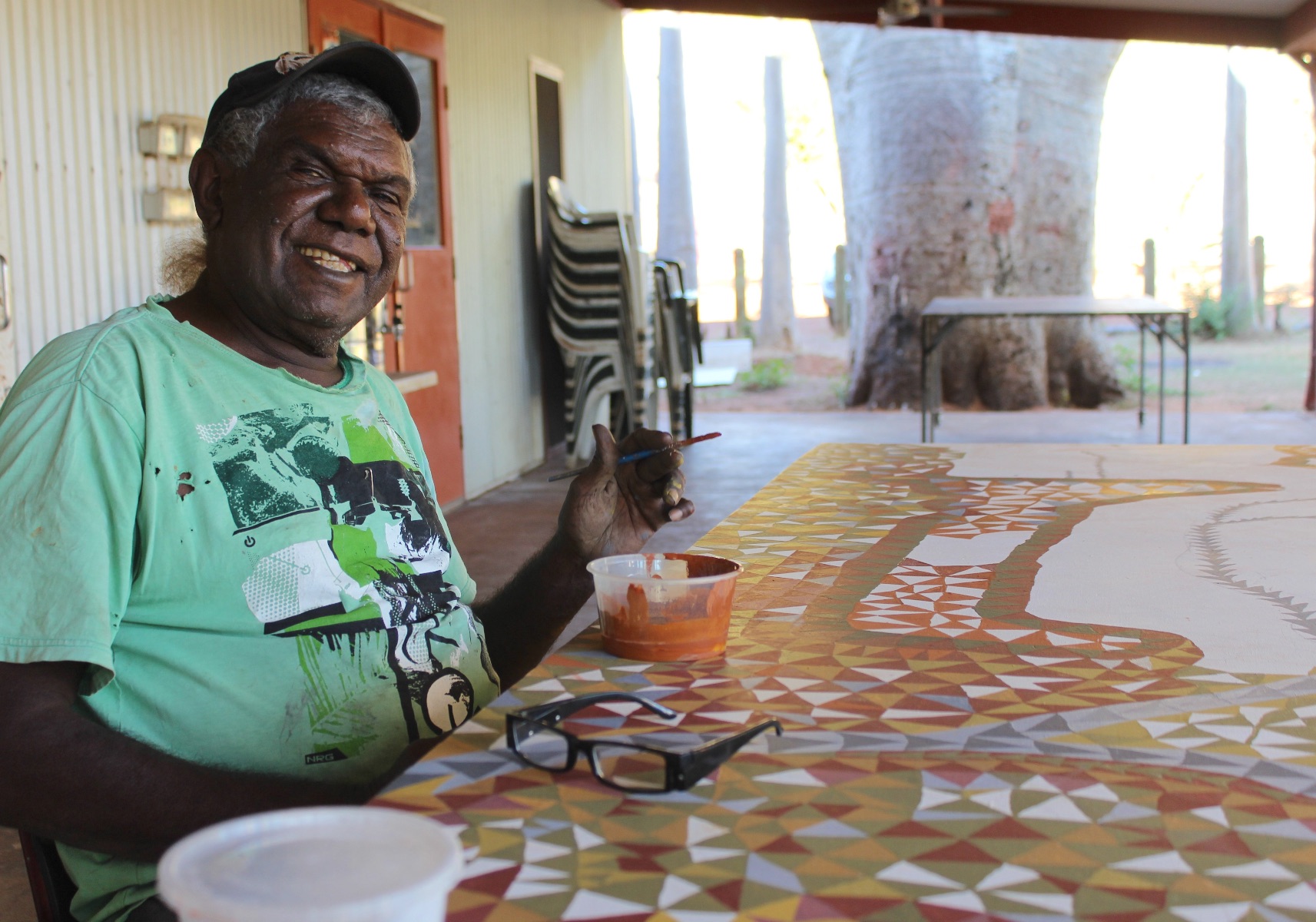 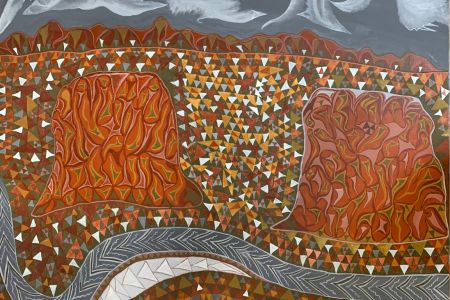 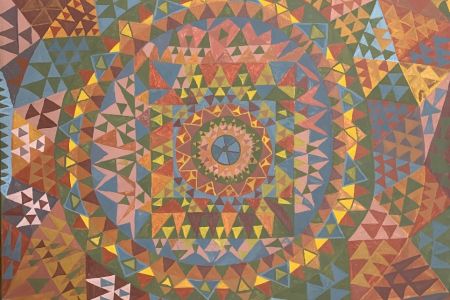 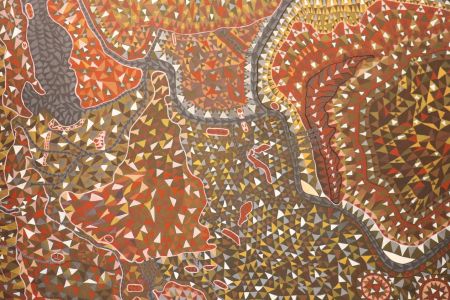