Gloria Mengil engages with the cultural traditions of representing Country through repetition as she develops a cultural dialogue and connection between herself and the Country she is painting. Her circular forms, moving lines and bush tucker motifs present her family's traditional Country. Gloria was born in Kununurra and she attended school in both Kununurra and Broome, she also studied General Education at Batchelor College in the Northern Territory. "I started at first doing boab and slate carving and then painting in 2000 because I wanted to learn more about Country. Mostly I paint my grandmother's and my mother's traditional Country." 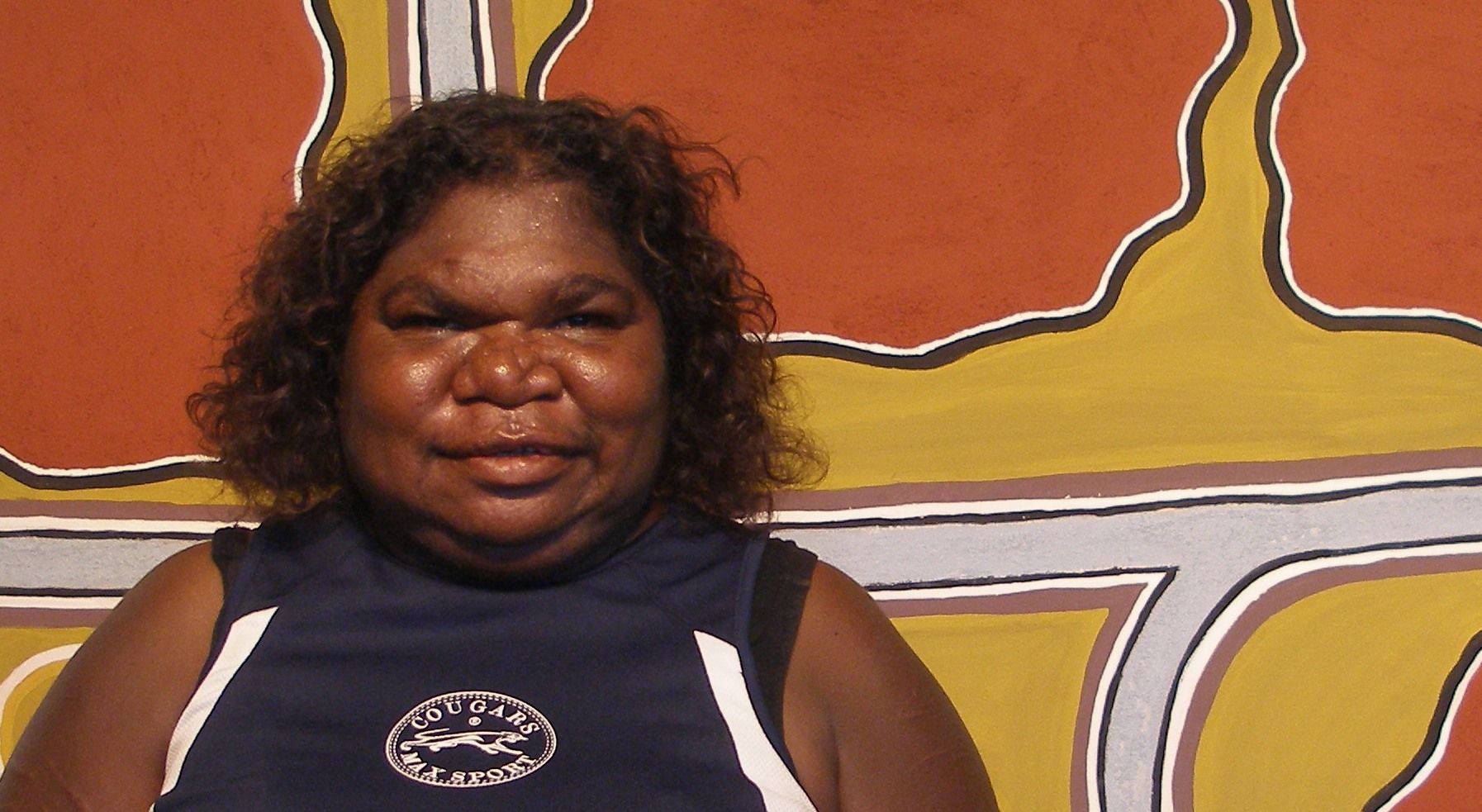 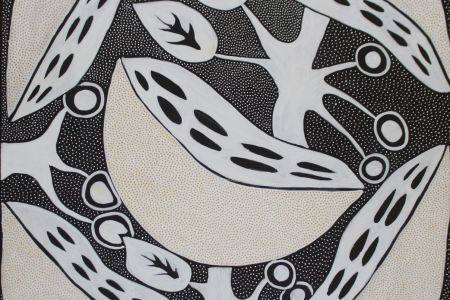 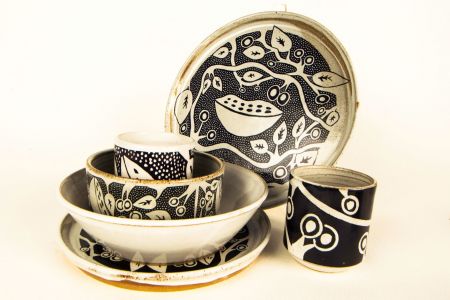 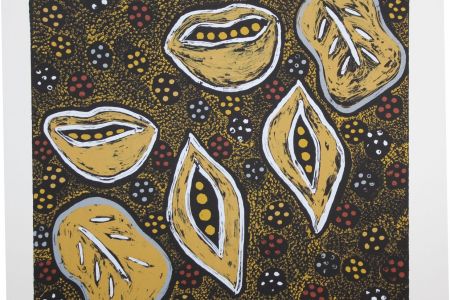